The southern part of Mongolia is a large desert region in Asia. The desert basin is bounded by the Altai Mountains on the west and the grassland and steppes of Mongolia on the northeast. The sunset at the flaming cliffs is splendid. Furthermore, the highlight continues to Khongor Sand Dunes or Singing dune that lies within Gobi Gurvansaikhan National Park. Yol (lammergeyer) Valley is on the easternmost of the park. The desert and surrounding area sustain many animals such as black-tailed gazelles, wild Bactrian camels, Mongolian wild ass, marbled polecats, sand plovers, snow leopards, brown bears as well as wolves.

The National Park was established in 1993 and has been protected by the Government since that time. It is the largest national park in Mongolia stretching 380 km from east to west and 80 km from south to north. The name of the park means “Three Beauties of Gobi” and three beauties are three beautiful Mountains.

Yol (lammergeyer) Valley is a deep and narrow gorge with ice field. Lammergeyer or Old world vulture nests and inhabits at the top of the cliffs and is visible to visitors walking through the valley. At the entrance of Yol Valley, the natural history museum is open for public, displaying wild games of the park, Dinosaurs fossils as well as different types of vultures.

The Famous Khongor Sand Dunes is well known as Singing Dunes which lies within Gobi Gurvan Saikhan National Park. Its length is approx. 100 km and the height is around 200 meters. Camel herding families live at the basis of the Sand Dunes.

The world-famous Flaming Cliffs (Bayanzag), rich in saxaul trees of Gobi, is the place to explore the site of the first paleontological discoveries in Mongolia by following the footsteps of Roy Chapman Andrews, an American explorer and naturalist. The first dinosaur eggs ever discovered in the world were found here, and it is the important area for Dinosaurs discoveries of the world. 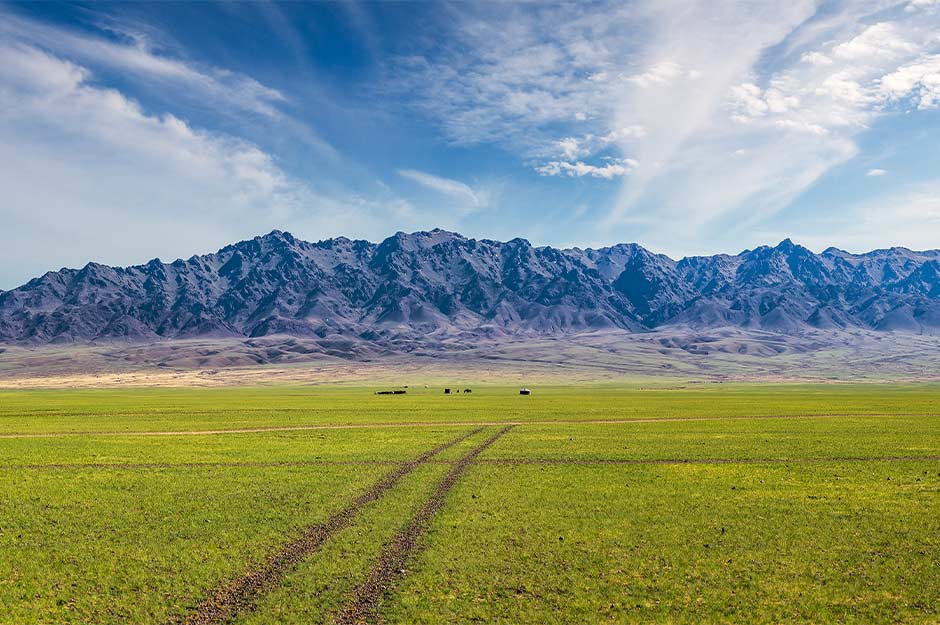 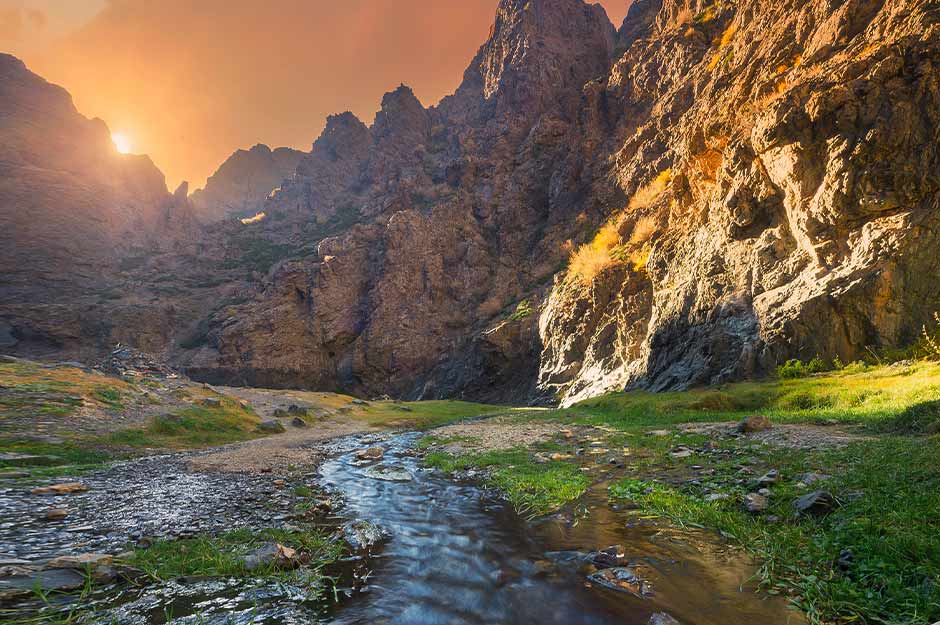 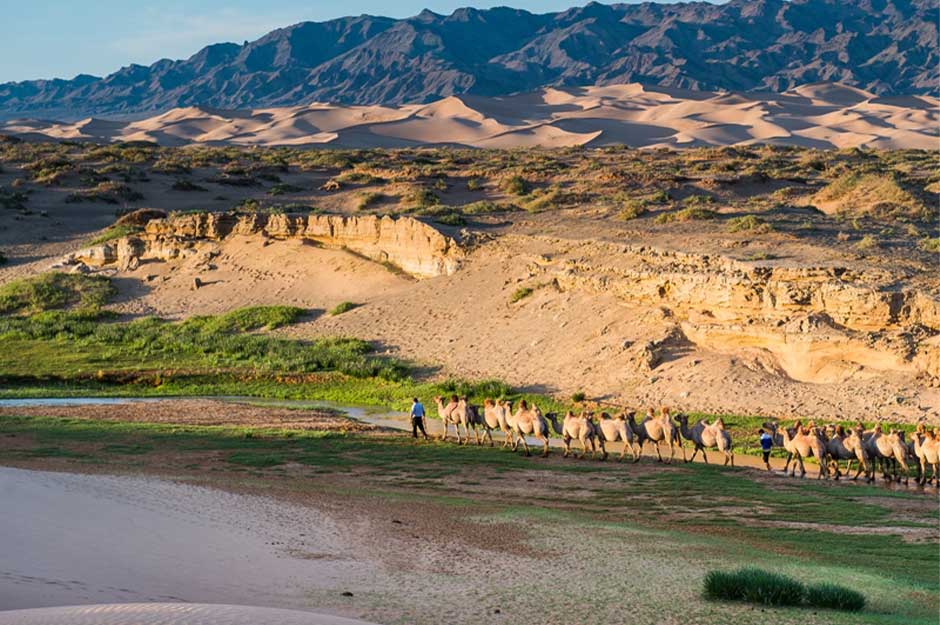 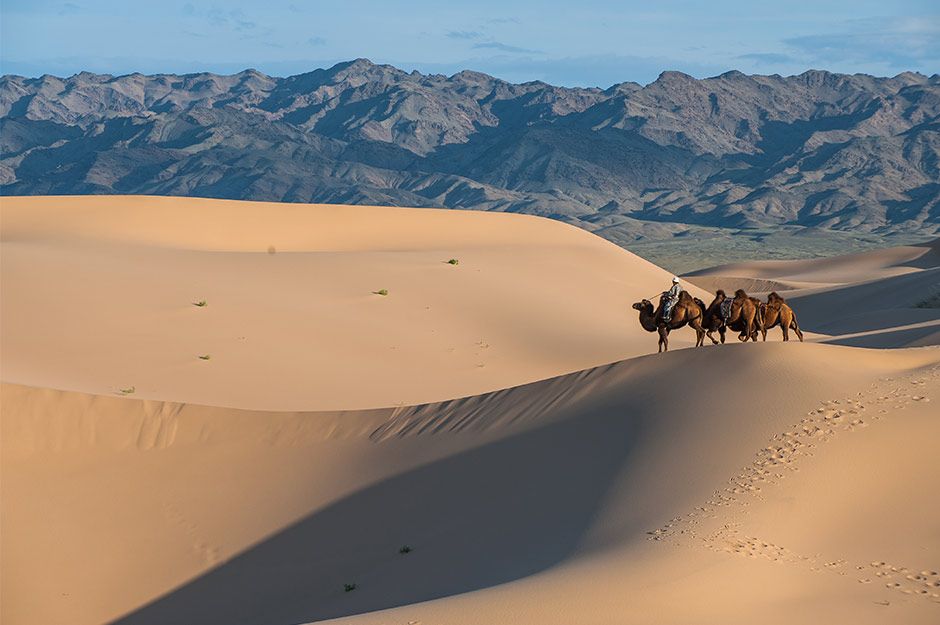 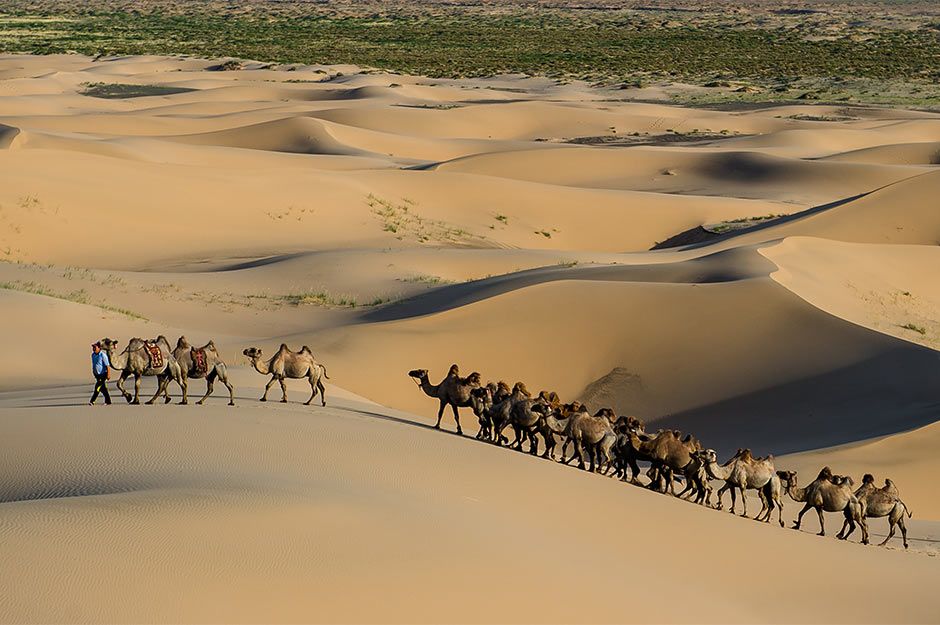