The first week of October is a period of celebration and pride for Western Mongolians. The Golden Eagle Festival or Eagle Festival is an annual traditional festival held in Bayan-Ölgii aimag, Mongolia. In the eagle festival, Kazakh eagle hunters (Burkitshi) celebrate their heritage and compete to catch small animals such as foxes and hares with specially trained golden eagles, showing off the skills both of the birds and their trainers. The world-renowned Golden Eagle festival takes place with a purpose of sharing the unique Eagle Hunting culture with the world and to pass it to the following generations. The Western Mongolian province of Bayan-Ulgii, where the festival takes place, is dominantly populated with second largest ethnic group of Kazakh people. They are the main preservers of the world’s truly unchanged culture of eagle hunting practices. The Golden Eagle is a proud creature that requires years of skill and patience to train. A fully grown adult Golden Eagle is capable of hunting wolves on its own. After several years of training, they are normally released back into the wilds by their trainers. The Golden Eagle festival usually sees a participation of 3-4 year old eagles. The festival is initiated with a vibrant parade of eagle hunters who ride their horses whilst mounting their eagles on their wrists. For two full days, the festival grounds are filled with hunters competing for the top price. In addition to the hunting competitions, visitors are entertained with performances of traditional songs, dances and music. Bayan-Ulgii is also quite well known for its amazing nature. Many freshwater lakes and mighty mountains can be found across this vast province. Juulchin Tours Mongolia has a long history of servicing clients with a desire to attend the festival. 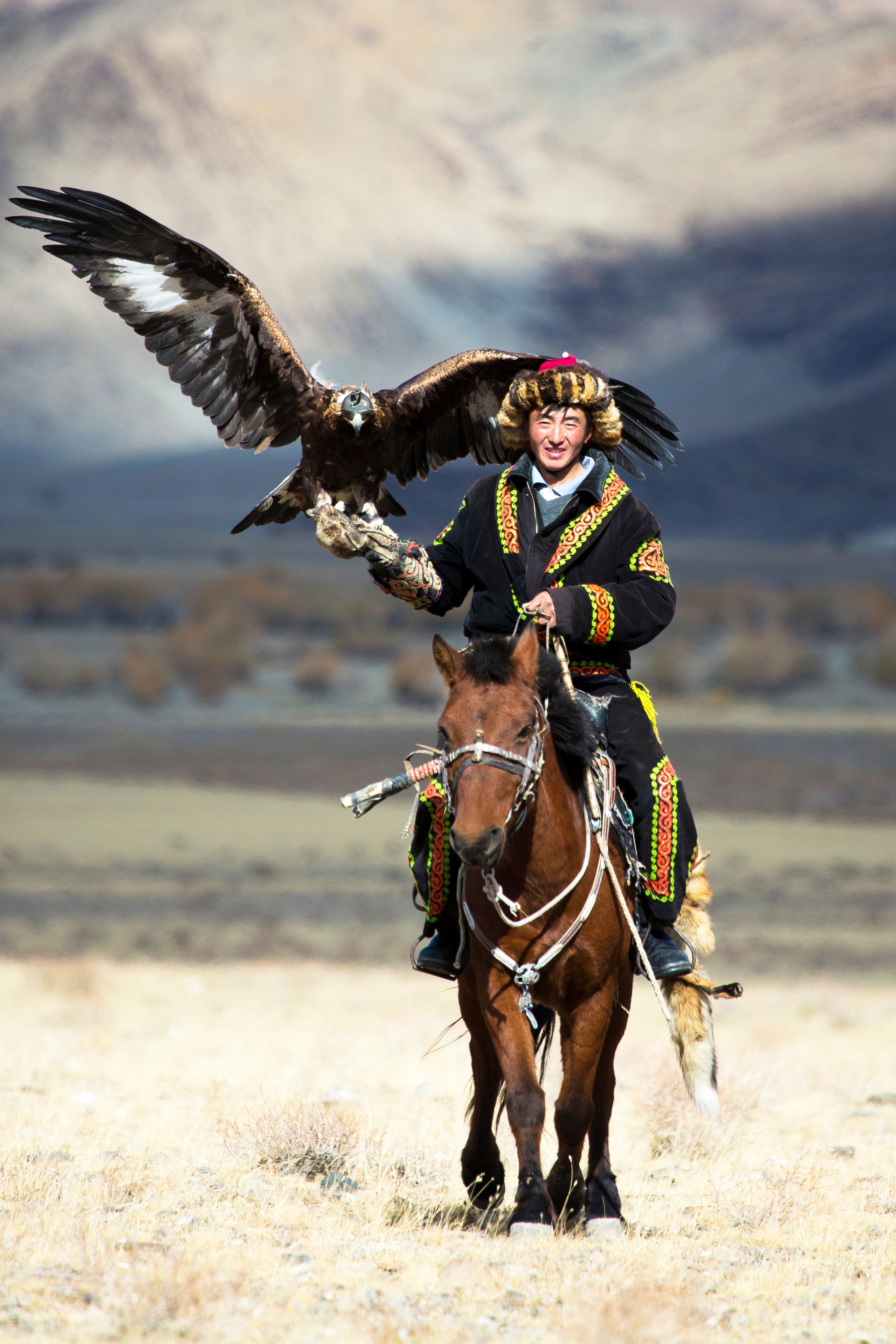