Tsagaan Sar is celebrated during the breeding season. The approaching spring would bring an abundance of milk an dairy products, the “white food” of the Mongolians. Hence the name of the holiday – the White Month. After the victory of the Peoples Revolution in 1921TsagaanSar became a holiday of arts. While retaining many of its old traditions, it acquired new feature and after the Democratic Revolution in 1990, Tsagaan Sar became a national holiday. Mongolians prepare for Tsagaan Sar well in advance, they sew festive clothes as the New Year should be entered in wearing new attire. They cut meat and make buuz and bansh (types of meat dumplings) and also bake boov (fancy breads). Mongolians cook everything in large quantities, and all members of the family lend a helping hand in preparing the food as to satisfy themselves to have enough to share with their guests and neighbours.

On bituleg, the day before the New Year, the host and hostess scrub the ger and farmstead. There should not be a speck of dust in the home on the festive day. Women begin to prepare the sheep rump. They place large wooden or copper bowls containing special breads and (jars with airag and milk vodka on the table. In the middle of the table they install the boiled mutton sacrum the traditional treat Bituleg is similar to the European custom of seeing the year off. The feast starts right after sunset, when stars appear in the sky.

The mistress of the ger lights up lamps and fragrant incense sticks and makes strong tea. The first drinking bowl is sprinkled to the four parts of the earth, the second one is presented to the host when the guests are treated to tea. This custom illustrate the priority of the head of the family. The host takes one sip and then touches the sacrum nine times with his hand. This is the sign for the hostess to serve tea, first to the elders and then to the children.

After the traditional tea ceremony, which precedes any meal in Mongolia, the host begins to cut the lamb sacrum. The first slice is sacrificed to the fire – this is a tribute to the old custom of hearth worship. When the guests have dispensed with the sacrum, the carcass is disumited among them. After that meat dumplings an served. All dishes are was down with airag, milk oi vodka. Incidentally, according to the custom, strong drinks can only be taken by people over forty years of age. The young have to do with airag.

On the first day of the New Year everybody is up at sunrise. Young and old, in festive attire, visit their neighbors to wish them a Happy New Year. The clothes must be new and neat and buttoned up, the brim of the cap raised, the waist belt tightened and the cuffs turned up. To be sloppily dressed is regarded as ill breading and disrespect.

First younger people congratulate their seniors. They extend their bent arms, palms up, to an elder person. The other person extends his arms, palms down and places them on top of the younger person’s arms.

When meeting each other around the New Year, people exchange their snuff-boxes to show their mutual good feelings. 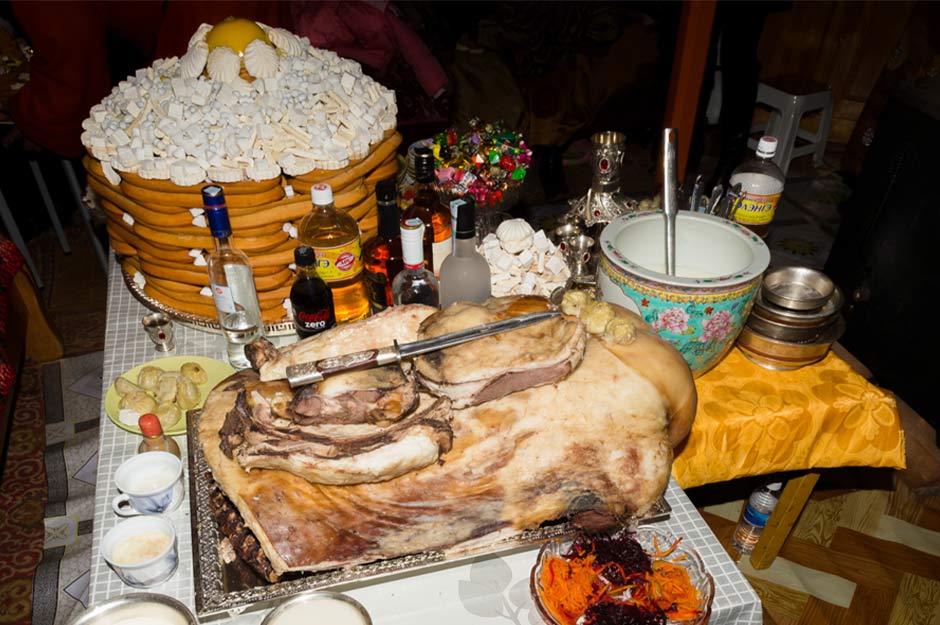 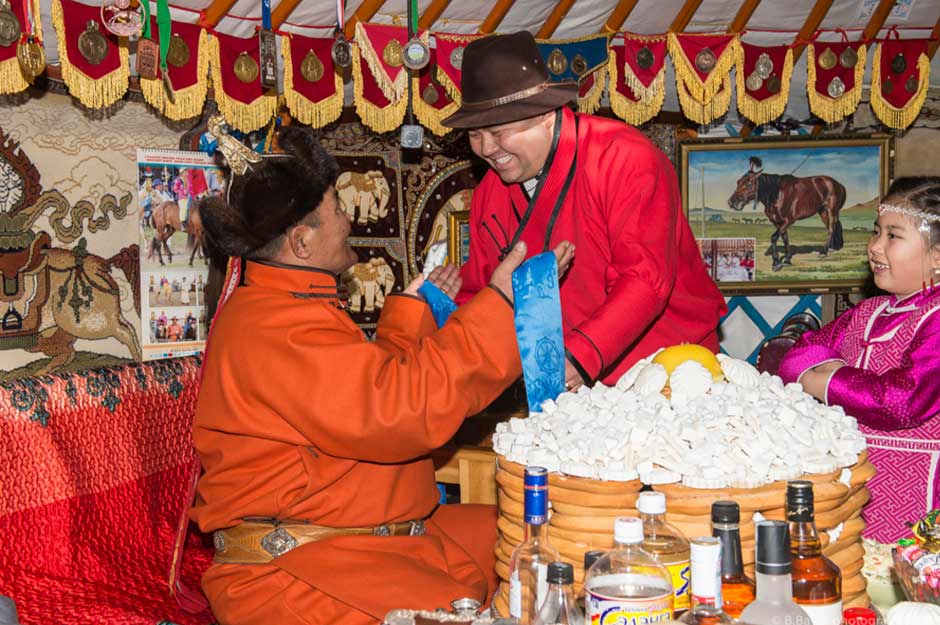 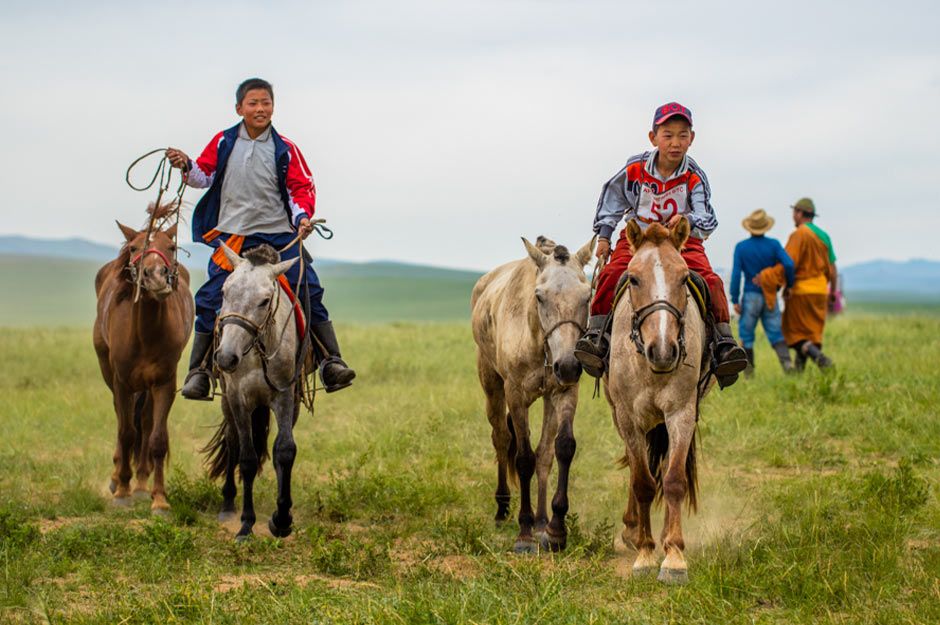 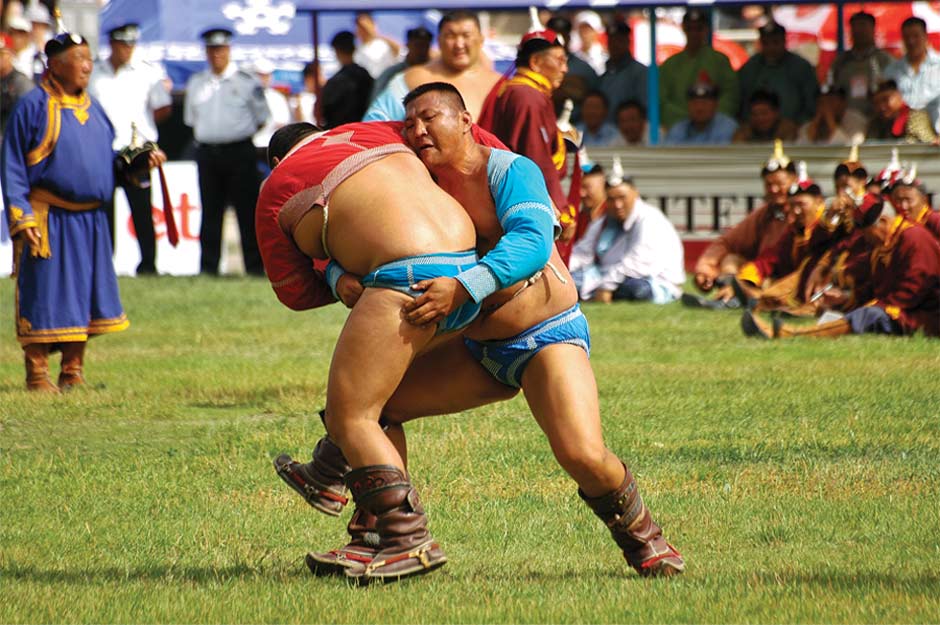 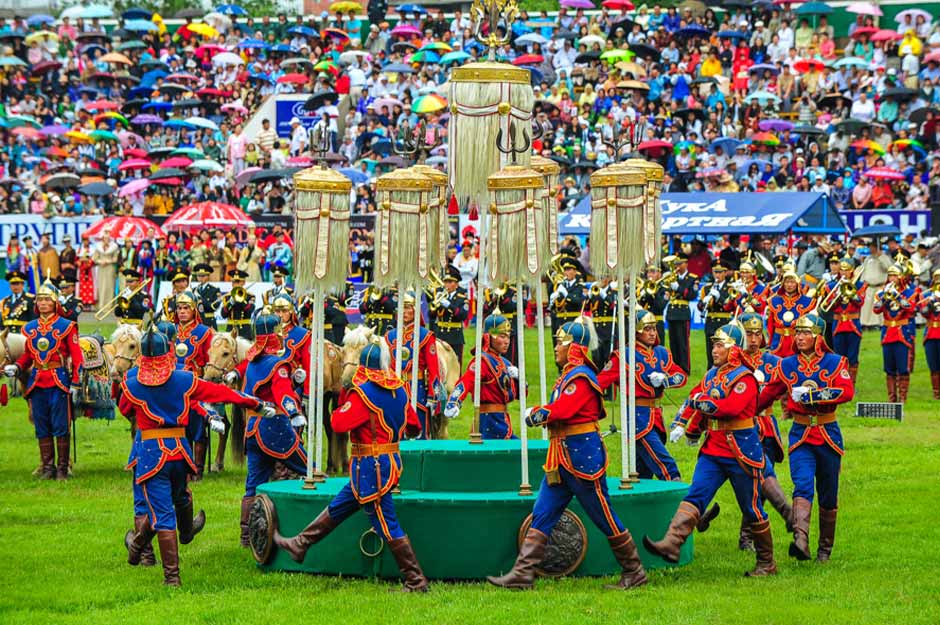 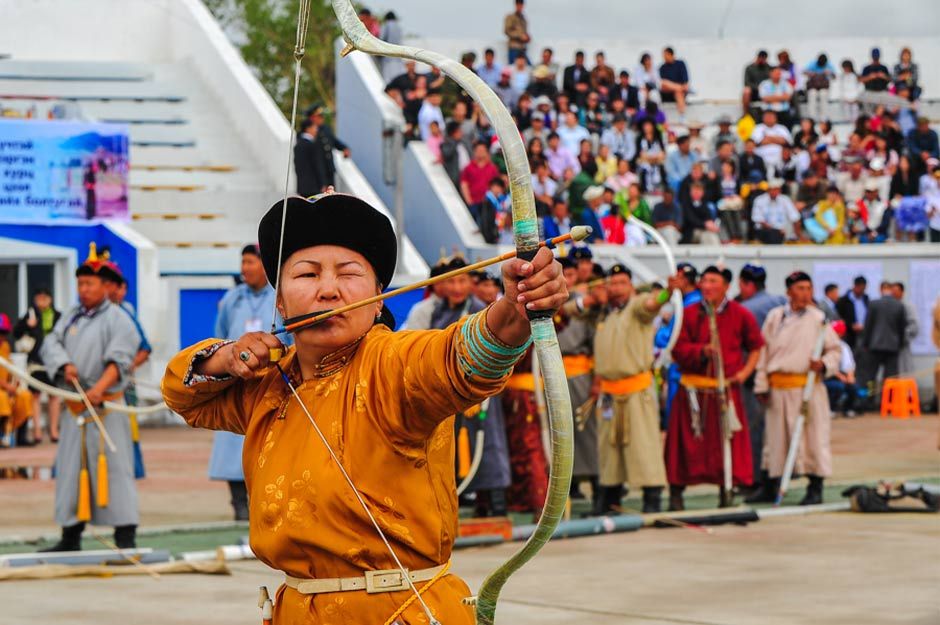 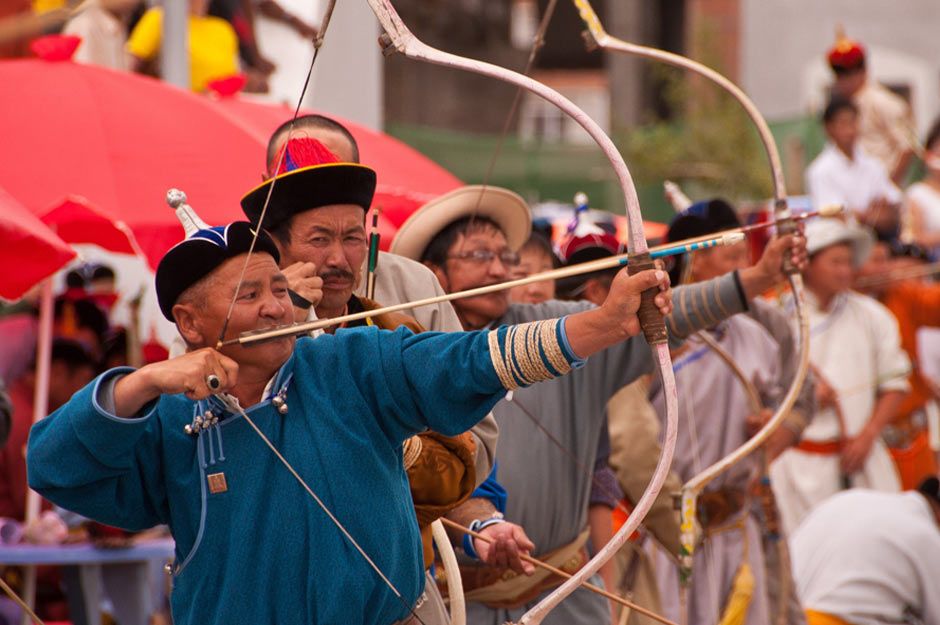